It's Day 6 of Simona's seven day work week. She'll have a weekend soon, but she can't see it from here. Simona enters the mortuary, dragging, exhibiting signs of fatigue. She walks through the chapel, stopping to study a body inside a casket. She reaches in, adjusting the body's clothing. She stands back and studies the body for a moment. She steps away for a moment and returns with a fingernail clipper, a nail file and a towel. She lays the towel in the casket, on the body’s torso to catch the clippings, and then begins to trim the nails -- we hear the familiar sound of nails snapping and flying. When she finishes, she files the nails. As she is working, her co-workers stop in to talk to her -- she grows more and more despondent with every request.

CO-WORKER 1
Simona? Hey, I need some help when you're done there. Got a case coming in from Washington. Dead guy’s family is local... Sounds like he went missing a few years ago... Some kids found the remains out in the boonies… pretty bad… We're gonna put the bones through the grinder and put ‘em in an urn. I gotta run to the kids’ soccer game, so, uh... can you talk to the dead guy's mom? Get the service all lined up? She’s gonna be here in about an hour.

CO-WORKER 2
Hey Simona? Can you write an obit real quick? It's for that gal who OD’d... You know the one I’m talking about?

JOE
Hey kid? We got a body shippin' in from… what the hell's this say… Guatemala. Yeah, Guatemala. Guy went down there on vacation and got all shot to hell. Government's releasing his body and his parents are here. They're coming in tomorrow to make arrangements for a Sunday service. That oughta be a fuckin' zoo… Anyway, just want you to know he's comin' in.

CO-WORKER 4
Hey Simona, did you help the parents with the stillborn? They brought in a little dress for it...  You seen it?

COWORKER 1
I got a mom and dad coming in at 2 to make arrangements for their son. Looks like a suicide. Can you help them?

COWORKER 1
Kid blew his head off in the backyard.

(There's a knock on the door. Simona puts her grooming tools down inside the casket and answers the door.)

SIMONA
Can I help you? Come in.

BEREAVED GUY
(Steps in.)
I'm here to pick up my brother's urn. 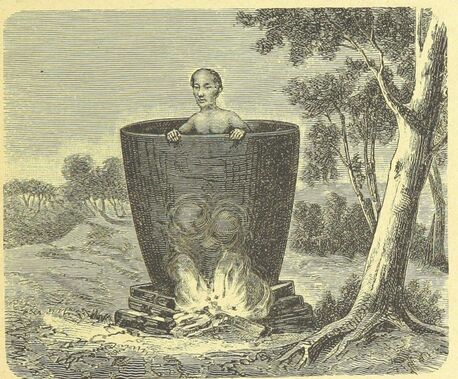 ​SIMONA
Oh. Um… Your brother's not ready yet.

SIMONA
No. Sorry. He's in the retort. Cremating. It'll be another hour and then we'll have to process him.

SIMONA
Yeah. When the cremation's done we have to let the retort cool down, and then...

SIMONA
Oh, sorry. Cremation chamber. The oven. Anyway, we let that cool down a few hours so we don't melt our faces off and then we have to rake out the bones and run them through a grinder. You know, like a spinning blade thingee?

BEREAVED GUY
(Incredulous, insulted)
What the...?

SIMONA
Did you think we just push a button and -poof!- a pile of cremated remains? It takes a lot of elbow grease to get a grown man into a cloisonné urn. Come back tomorrow, K? Thanks.

COWORKER 2
Ok, this is one you don't hear every day. You ready for this Simona?

COWORKER 2
Family’s coming in at 4 - Dad was hiking out in Big Sur and a giant tree branch came down and brained 'im. Just smashed his skull right in. Took a few days for the cops to find ‘im… coroner says he got bit up a little, flies and what not… You better hope there's no viewing, kiddo. Try and talk ‘em out of it.

COWORKER 1
Hey, Simona! That McDonald guy you're helping... his friend wants him buried in his favorite g-string!

SIMONA
(Chuckles.)
Have fun putting it on!

SIMONA
(Looks up.)
What's that?

(Joe pushes the gurney to where Simona is working. He holds up the woman's arm - her skin is hanging off her arm, like a glove.)

JOE
This is skin slip. 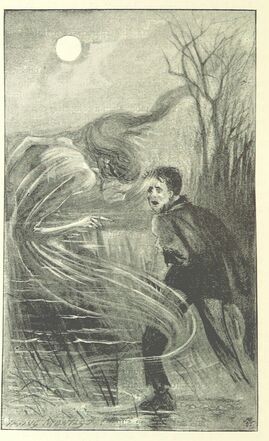 ​SIMONA
(Screams, covers her face with her hands. Starts crying.)
Oh my god! What happened!?

(Joe guides Simona to a nearby chair. He runs off stage to get a glass of water. He sits down beside her. She is shaking, crying.)

Come on. Relax. You ok? Breathe. Ok. Have some water.
(He pauses, calming her down. Simona is visibly rattled.)

SIMONA
(Drinks the water. Breathes deeply. Tearful.)
What happened to her arm... Her skin's gone… The family is going to… Oh my god… There's a viewing…

Do you want to know what happened? Can I tell you?

JOE
When people are very old and frail and sick and if they are taking a buncha medicine, their skin gets very thin. It slips off at the touch. Skin slip. This is what happens when you pull on the extremities, like the hands, arms, legs… that's where the skin gets the thinnest. I pulled on this lady to move her and her skin came off like a glove. I shoulda known better, but… It's life. It happens. We fix it. No one is ever going to know.

(Shakes her shoulder.)
You're white as a sheet.

(Pauses, puts his arms around her shoulders.)
Come on, kid. It's ok… You gotta see everything, you know? I always tell you that, right? When you leave here, nothing is gonna get to you. You're going to be tough as nails.

SIMONA
(Pushing away from Joe.)
I gotta get out of here. I have to go now…
(She quickly exits.)

JOE
Simona, come on! This is part of the job, kid!

(Scene re-opens in Simona's apartment. She arrives home, opens the door, and turns on the lights. She drops her purse and belongings on the floor. She pulls off sweater that is tied around her waist and throws it haphazardly across the room. Her exhaustion is obvious.) 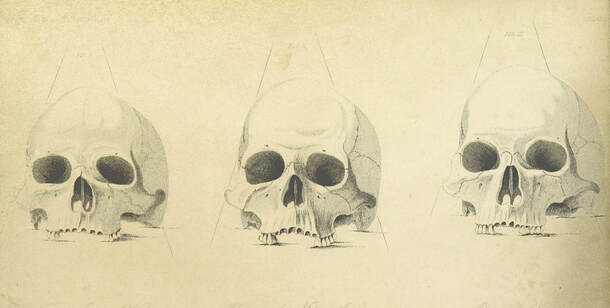 ​SIMONA
(Crying, talking to herself.)
I can't go back there… It's too much… I just…

(She begins pacing slowly, then grabs a wine glass and bottle. She pours a tall glass of wine and drinks. She picks up her journal and starts to read through the entries.)

"Today I met a man named Harold Foster, age 94. He was a filthy little man - his glasses were filmy and his shirt was stained. He was feisty, and I'm sure he didn't mean to be funny, but he was. His wife Gertrude, his “Trudie” had died. When he arrived to make arrangements, I handed him the wedding band I had coaxed from her rigid finger. He pouted and let out a little whimper when I gave it to him. I asked him if he wanted us to embalm her. I explained the procedure. “Well, you might make her look a little better, but no, we won't take it,” he said in his staunch, gravely voice. He punched his cane on the ground. “When I married her, and through the years, she was a pretty good-looking girl. She doesn't look so good right now.” I had to agree with him, she really did look terrible. I escorted him from the office and he stopped in front of the urn display. “These for ashes?” he asked, smacking the top of a bronze urn with his cane. I told him yes. “Well, that's not for me,” he said, tears in his eyes. ‘Cuz if Jesus comes back, he can't put you back together from ashes.’ I didn't say this to him, but I wondered… It’s Jesus. Seems like putting a person back together from ashes would not be a problem for him..."

(Simona turns the page and finds a new entry.)

"I felt so bad for her! She threw herself over his body and it was like they were alone and he could hear her. She was wailing. “Oh Donny! My Donny! I’m so sorry for all I didn't do!”

(Simona puts the book down and takes a long drink of wine. She sets the glass down, puts her head in her hands and begins to sob. The scene shifts to Joe’s apartment. He arrives at his apartment, turns on the lights, places his keys on the table. He turns on the television. He goes into the kitchen, pours himself a shot. He drinks it. He pours himself another shot. He drinks it. He goes to pick up the phone to call Simona. He thinks for a moment. Then he hangs up.) 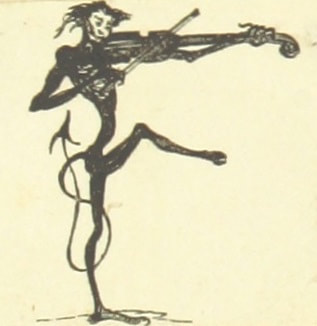